Graham County buys its own mammogram and CT machines. 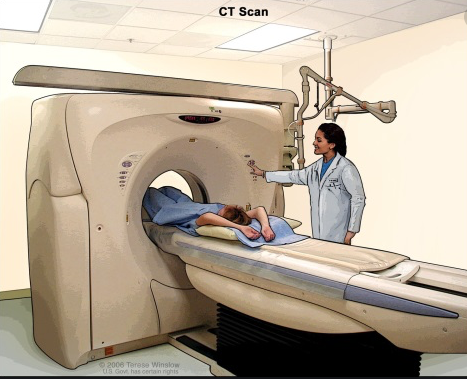 It was a desperate measure that took five years of effort, but small, rural Graham County now owns an expensive CT machine and a mammogram machine.

It is unheard of for a North Carolina county to buy medical equipment, but county officials knew they had to do something radical. Only about 8,500 people live in Graham County. Some of them are so poor that they have never seen a doctor in their lives. Only four doctors live in the county, and the nearest hospital is one hour away.

Stanley Furniture paid its $1 million debt to the county after it closed its factory. The Golden LEAF Foundation agreed to redirect state funds into medical equipment. And county residents wrote hundreds of letters to the state in an attempt to win a Certificate of Need permission.

David Castor is a doctor who has an urgent care clinic in the county. His practice will rent the machines, sending 25 percent of the payments back to the county. Castor will also provide charity care.

Castor said he could never have afforded the machines on his own. A mammogram machine costs $284,215 and the CT machine costs $404,527. Providers are normally charged regulatory fees on top of the sales price.

Castor said the machines will allow him to catch cancer, appendicitis and other problems in the early stages, when it is easier and cheaper to treat them.

“It was really needed in the area,” Castor told the Laurinburg Exchange. “It’s really going to change people’s lives.”

Joe Coletti, a senior fellow with the John Locke Foundation, a think tank, is concerned about the precedent being set.

“Now the county is competing with private providers,” Coletti told the Laurinburg Exchange. “The problem is that when you start doing this, it opens the door to all sorts of things."

Graham County will charge $400 to $800 for each scan – a rate that the private sector cannot match. County ownership of the machines means that patients in Graham County will not have to pay expensive “facilities fees” or normal hospital overhead fees that drive up the costs of most scans into the thousands of dollars.

Scans will now be so cheap in Graham County that patients from out of the county and even out of state may choose to drive there to take advantage of the low prices.

That is of concern to Coletti. He worries about allowing the government to compete with private businesses, especially with government-restricted medical equipment. The price of a scan in Graham County will be subsidized and artificial, he said.

Want to get notified whenever we write about Graham County ?

Sign-up Next time we write about Graham County, we'll email you a link to the story. You may edit your settings or unsubscribe at any time.